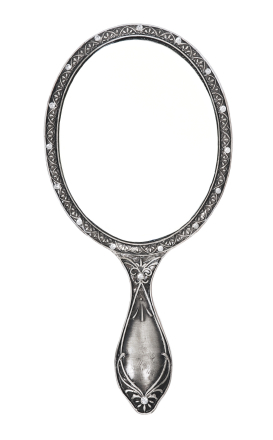 I guess you’d say it’s ironic. I make a living helping brands find their voice online, all the while running from the sound of my own. It’s the only part of my stutter I don’t identify with. The only part that never felt like me. So I kept running.

When I was forcibly entered into my college’s speech therapy program, I didn’t fight them on much. When you’re offered up as the sacrificial lamb, acting like a sheep seems all too natural. Polite, even. But there was one instance where I did make a sound. It was when my therapist dropped that tape recorder on the table. Clunky and archaic, it shook not only the table, but my insides. The only thing more painful than the act of stuttering, is having to listen to yourself doing it. Because the machine erases you from the equation. All you hear is the defect. I had fought my entire youth and adulthood to be Lisa. Just Lisa. She wanted to strip that way in just one session. Screw her. We made a deal. I’d allow her to record me, but I’d never be asked to listen to the tape. No negotiation. No guilt trips. “But it will help”, she lied. “Trust me.” She wasn’t even close to having a clue. What people don’t understand is that I don’t hear my stutter. I may feel the blocks, the repetitions, the tightness, but the message in my head is clear. Most stutterers are fluent when they sing or when they talk without an audience (aka to themselves). That’s the voice that exists in my head. It’s the one I recognize and the one in my dreams. If I were to hear the tape, I’d hear it. I’d hear me. She could go back to her life and catch the latest soap. But I’d be forever changed. I’d now be a Person Who Stutters (PWS). I wasn’t ready for that. I’ve run from that label my entire life. And the people around me have enabled me to do so. Growing up, my stutter had been treated as a non-issue. My parents never spoke of it, teachers didn’t allow extra time, and I wasn’t carted off to speech therapy. When others don’t allow you to make excuses, it removes your instinct to make them for yourself. It allowed me to believe that I was like everyone else. It was empowering, but also limiting. Not being able to identify my stutter, also meant not being able to reconcile who I was.. If I listened to the tape, I’d be forced to do both. On the tape I’d hear my voice. I’d hear what others hear every time I open my mouth. I’d become an outside observer to my own disfluency, experiencing the breaks, the blocks and the burden the way that others did. I’ve seen the faces of strangers. The ones that looked not only uncomfortable, but pained. I’ve seen them look down, avoid eye contact, bite their lip. Anything to not have to watch. I didn’t want to see myself the way I knew they saw me. There’s accepting what’s different about you, and then there’s inviting your abuser over for tea. The college had already forced me to view myself as different, placing me in this program and later requiring that I enroll as “disabled”. They were trying to do it again in this room and I wouldn’t let them. But you can’t run forever. Last month fate knew I was ready and brought a new friend into my life. Her name is Pam and, like me, she’s a unicorn – an adult female stutterer. She’s part of a local group who meet monthly. She challenged me to come along. Without realizing it, she put the tape recorder back on the table. Fight or flight? Fuck it, fight. In my 28 years, I’d never met anther unicorn face to face. Suddenly, I was surrounded by them. In talking to the unicorns, I heard myself. I saw my stutter inside theirs. I saw their broken voice, the tics, the involuntary movements. And it became okay. It became a sound and an identity I no longer had to run from. If I could accept the sound of their voices, I could accept the sound of mine. If they were okay, then so was I. Even the parts that are hard to hear. Meeting the unicorns showed me that I am one. I’m a Person Who Stutters. And I don’t have to run anymore.

5 Responses to “Meeting the Unicorns…and myself”